Because of Twin Creeks 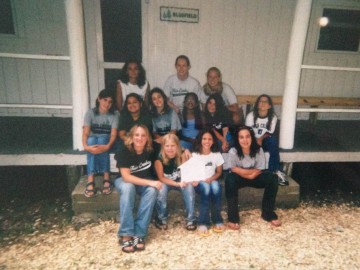 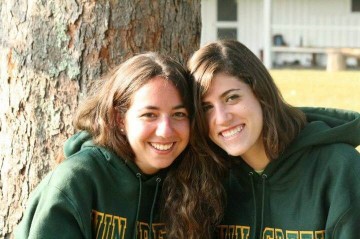 On a Sunday afternoon in July 2002 I called my best friend Lindsay for a playdate. Her mom answered the phone she said Lindsay had left that that morning for Camp Twin Creeks and wouldn’t be home for two weeks. “Oh okay,” I said with disappointment. I told my mom that Lindsay couldn’t play because she was away at Twin Creeks. “Oh that’s the camp I heard about, maybe next year you can go.”

Two weeks later, Lindsay came home and I went over to her house that night for dinner. She couldn’t stop talking about all her camp friends and all the great experiences. She kept leaving the dinner table because all her new camp friends called.

Hmm, maybe I would consider camp?

Fast forward to January 2003 and I was signed up for my 1st year at Camp Twin Creeks!

My first year at camp I cried every day because I missed home but nonetheless, I had a great time. Camp must have done something right because I was a camper for six years then became a junior counselor, a cabin specialist and then a group leader. I’ve spent half my life with Twin Creeks and I am the person I am today because of my experiences. While I could write a novel about how Twin Creeks has positively influenced my life I’d like to highlight a few of the many skills I have gained because of camp.

Because of  Twin Creeks, I gained an appreciation for nature and spending time outside. The West Virginia scenery and fresh mountain air is therapy to me.

Because of Twin Creeks, I acquired cultural awareness.  What sets Twin Creeks apart from other camps is that there are many international counselors and campers. I loved learning about different cultures and what life was like for girls my age in different countries. Counselors and campers are from Scotland, Australia, England, Dominican Republic, France etc. Camp promotes acceptance and celebrates diversity. Did you know that a jumper is a sweatshirt in England? Or that bubbler is a water fountain in Australia?

Because of Twin Creeks, I learned how to unplug from technology. We live in such a fast paced world and are always connected to our gadgets. It’s an amazing feeling to escape to a place where there is no cell phone service and you feel disconnected with the world for a little bit. While many people may find this a problem, I think it’s a blessing.

Because of Twin Creeks, I was provided role models and learned how to be someone’s role model. Like school or a sports team, camp is another platform where kids can have positive role models. My counselors taught me values and were people I trust; I wanted to be them when I grew up. As I became a counselor, I was able to give back and be that role model who I had once needed which is a very rewarding feeling.

Because of Twin Creeks, I was challenged to push outside my comfort zone and gained confidence. I was never a kid who wanted to try new things but the positive environment that camp fostered encouraged me to try water-skiing, zip lining, hiking and going on an overnight.

Because of Twin Creeks, I gained the foundation to become a leader. Whether it was being an Olympic Leader, a CIT or a Group Leader, my experiences taught me how to communicate, delegate, and be resourceful, and open-minded. From this experience, I went onto serve on multiple executive boards in my sorority and in Greek life. If it were not for Twin Creeks, I wouldn’t have been prepared to serve in those leadership positions.